Encore rocketed into action with only four weeks to turnaround a completely virtual event for 10, 000 attendees registered for the 43rd Committee on Space Research (COSPAR) Scientific Assembly.

The event organiser, ICMS Australasia, was tasked with delivering the annual event in Sydney which was originally planned to be a week-long and Sydney’s largest conference to date.

Planning for the conference started in January 2019 and was going to be hosted across iconic Sydney venues including the ICC and Luna Park. The who’s who of the space industry was going to be in attendance from scientists and researchers (including NASA) to spaceship manufacturers and general space enthusiasts alike.

After two postponements, they decided to instead opt for a completely virtual conference – a first for this event.

Encore’s complete virtual and hybrid event production offering made them the preferred choice to deliver the content for opening ceremony and awards night to the global audience. It needed to be impactful, entertaining and live up to standards of previous events held in the traditional in-person format. Adding to this requirement was also the need to create a seamless presentation, a simple request made challenging with the short lead time and presenters located around the world and compounded by COVID restrictions.

Important elements of the Opening Ceremony was delivering a series of pre-corded interviews with the President COSPAR, Dr Lennard Fisk. As a space event it made perfect sense to make this the theme. Encore’s production team designed the virtual stage to make it appear as though Dr Fisk, was presenting from on-board a spaceship, zooming around space as he visited new locations for the interviews. A dream of Dr Fisk’s was to visit the Sun, so Encore took him there for one of his interviews.

This was all made possible using the sophisticated Immersive XR Stage technology. 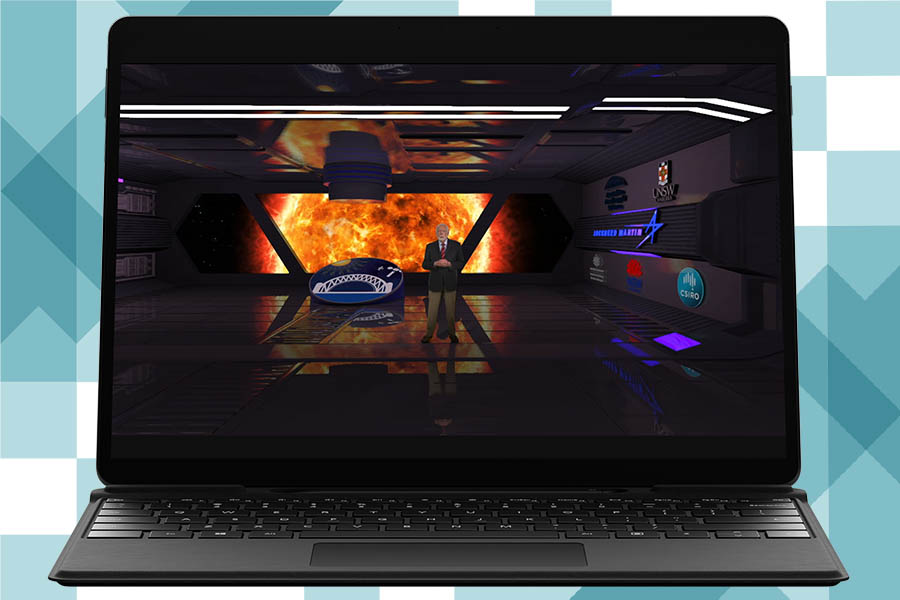 To deliver the awards content, Encore’s production team created 17 production studios around the world to capture 19 recordings from the award winners and MC, from Sweden and Russia right across to Japan and New Zealand. 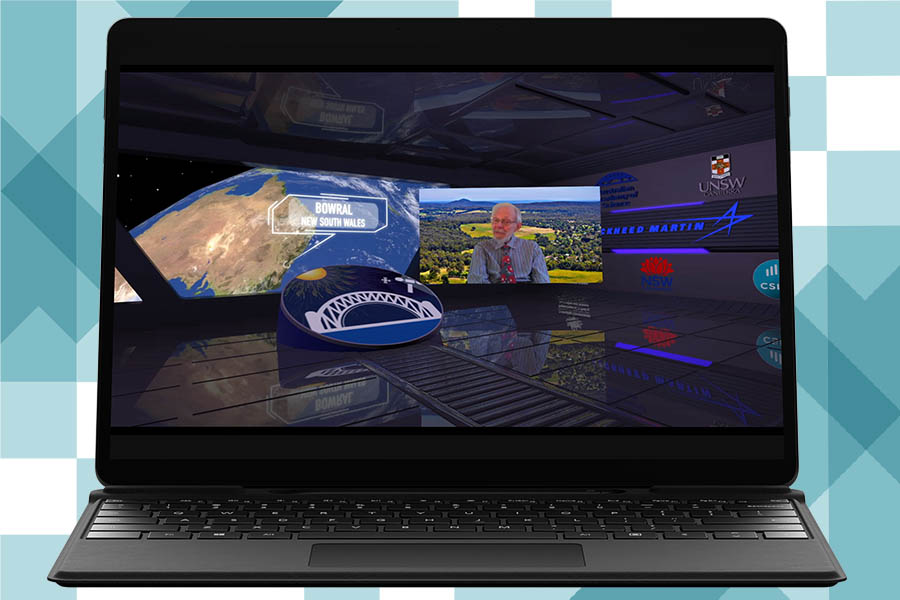 Encore was able to integrate with the local studio’s systems to allow our production teams to capture and edit the green screen footage all the way from Sydney. Each award winner’s interviews was set against stock footage of their home towns to make it appear as though they were presenting from there.

The event was a huge success for Encore’s production team, and a perfect example of the benefits of working with a company that can deliver all components. The long-standing relationship between Encore and ICMS Australasia gave the team the confidence and peace of mind Encore will deliver a professional experience.

It’s the fast pace, the daily challenges and creative possibilities like what this event provided is what makes our industry an exciting place to be. The event gave us the chance to use our latest solution, the Immersive XR Stage to its full effect and we were so glad our teams paved the way for this event to continue.

Since then, Encore has used Immersive XR Stage and their suite of new solutions to deliver many virtual and hybrid events with great success. If you are interested in seeing a demonstration of any of their solutions please get in touch today.