Lighting for Events: What is a Gobo? 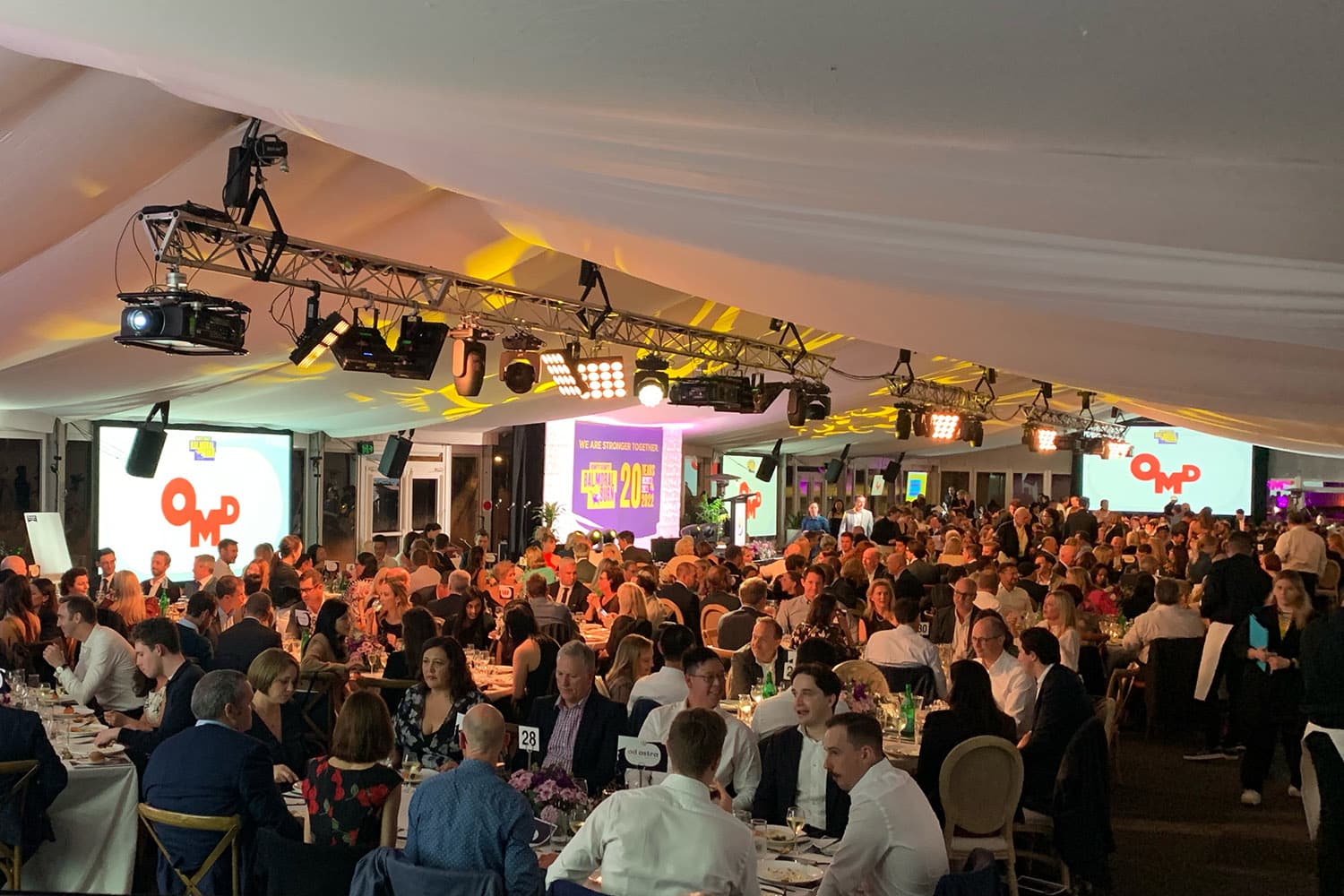 Each week we aim to demystify the world of audio visual equipment and event services lingo and reveal exactly what those techs are talking about. In this week’s Techie Tuesday we take a look at the event lighting effect the ‘gobo’ and the many different shapes, patterns and logo’s they can replicate. The possibilities are endless but first we look at the history of the gobo and what you need to know before creating a customised gobo. 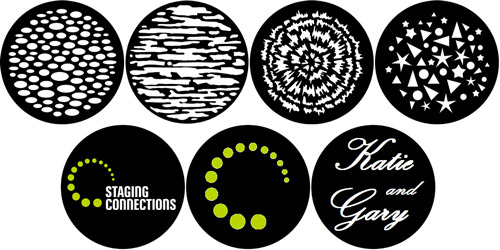 What is a Gobo?

A “Gobo” is a small stencilled circular disc, and used in lighting fixtures to create a projected image or pattern.
The term Gobo is short for “Go Between Optics”, describing the location where it needs to be positioned in the light path of a lighting fixture. Whilst Gobo’s are not a new technology they are still being used on events the world over. In today’s event market they have taken on a more creative role as technology advances allow for more detailed and impressive shapes to be created.

Gobo’s come in two main types; steel and glass. Steel gobos are very basic, generally have a short life span and are typically described as “black and white”. Glass gobo’s are more detailed, generally have a long life span and are typically described as “coloured”. There is an emerging third type of Gobo, which is designed specifically for LED fixtures, and is made from plastic.

Gobo’s come in many different diameters, ranging from approx 20mm through to approx 150mm. The diameter of a gobo is dictated by the fixture, so it is very important to ensure you know what fixture the gobo needs to be used in prior to manufacture. If used in a static fixture, the projected image will be stationary, however if installed in an intelligent fixture the image can be moved anywhere around the event space.

What events are Gobo’s used on?

Events such as gala dinners, product launches, award ceremonies use gobo’s to support the event branding and to provide visual interest. A growing trend in weddings is to to use ornate glass Gobo’s featuring the bride and grooms name or initials which is presented as a keep sake from the event.

What is needed for a customised Gobo?

A few specific items are required for an effective gobo display:

Why use a gobo?

A gobo is an effective alternative to banners and signage on corporate events, providing something visually different for the audience to absorb. They can also be used to create patterns, imagery and shapes to support the event theme. Check out some images below of gobo’s of all shapes and sizes. 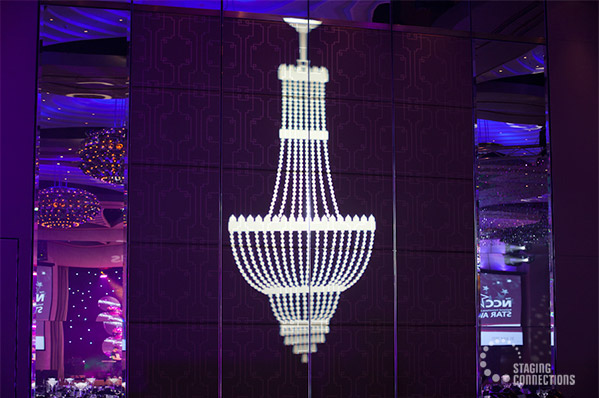 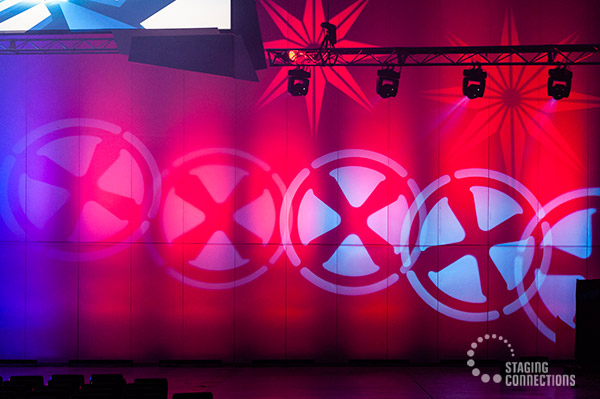 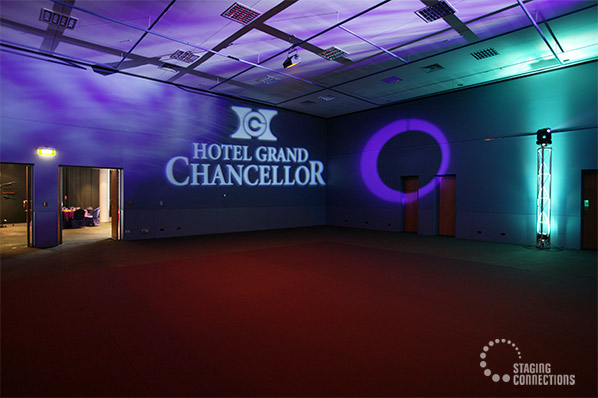 Partner with the Event Lighting Experts

Encore Event Technologies has been designing unforgettable events for over 35 years. As the leading event technology and services company, we are the trusted name for designing and installing stunning lighting for corporate and specials events. Whether you’re planning a conference, product launch, gala dinner or incentive event, when you partner with Encore you know you’re getting the right ideas for your event from the best in the business. Encore proudly offers the largest range of event lighting and technology solutions for corporate events across the Asia Pacific – so get in touch with our team today to make your event the best it can be.