Get more from your Product Launch

Last year Apple announced the launch of the iPhone 5 to the world via a webcast which could be viewed on their website. Corvette launched the highly anticipated Corvette 2014 through a live recording of the reveal which was streamed straight to their YouTube page. The list goes on; technology companies through to country music stars are all turning to the internet to get their message out. 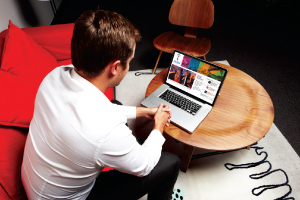 The explosion of social media, pressures of globalisation, increased competition and the need for all stakeholder relationships to be managed has left brand owners and product managers questioning the value of small in person events. High costs, limited audience reach and inconsistent outcomes have only sought to drive them to look for more innovative ways to deliver their message.

At Encore we have been lucky enough to be involved with many leading brands looking to change the paradigm and push the boundaries of event delivery. They want to reach a global audience, amplify their message through social media all while reducing costs. Technology is providing the answer to these challenges, allowing brands to broadcast to multiple locations, expanding audience interaction, creating interest through social media and above all, allowing the experience to live on long after the event has finished.

Video streaming is one way to invite national and global audiences to attend a product launch. Integrating video streaming allows organisers to commence a direct conversation with the end consumer not limiting engagement to just the media or industry.

At the local launch of Jamie Oliver’s Ministry of Food campaign, in conjunction with corporate sponsors The Good Guys, we were charged with delivering a live cooking demonstration plus broadcast the launch online to reach a larger audience.

What made this challenging was the remote location that was void of access to a phone line, ISDN or the Internet to assist in achieving the broadcast goal. The team used a unique piece of technology, allowing a wireless video link to be streamed to the Good Guys website. This directed thousands of people to The Good Guys site to watch the event live, and even more have gone on to view the event long after the launch day.

Taking a product launch online increases the ability to engage in a different conversation with existing and new consumer networks empowering them to share your message via social media and amplifying the message.

Recently we filmed and streamed a live feed of the launch of the Nissan Altima V8 Supercar via Nissan’s YouTube channel gaining access to a wider audience geographically and demographically of more than 3,000 people.

By combining a visual element; video streaming into channels like YouTube and adding a discussion platform with a Twitter feed, the audience has a three dimensional experience; an online event with the ability to share. This combination allows a significantly wider audience, offering the potential to send your messages around the world, creating a viral sensation.

Going back to basics, your physical product launch requires an innovative and inspiring display that will entertain and translate for both your attending audience and online viewers. This can be tricky as the needs of both sets of people are very different.

At the launch of Alienware’s computers and laptops we executed an out of this world 3D light show using 3D projection and 3D mapping combined with stunt actors, pyrotechnics, sound and bursts of CO2 gas which was electrifying for the audience attending. We took a lot of time before hand setting up the cameras and testing the angles to make sure we had the correct vantage point to capture the action for the online audience.

The future of product launches

The challenge has been laid down more now than ever to change the approach of product launches. Encore combines innovative techniques with a highly experienced team to deliver expertly produced creative launches that engage and motivate both the live and online audiences.