The rugged beauty of Australia made the perfect backdrop for this years Family Business Australia (FBA) 20th National Conference. Hosted in Alice Springs from 9-12 September, the conference brought nearly 400 FBA members to the Red Centre to participate in the 4 day event.

Encore were engaged to produce the events, supplying all audio, lighting and projection for the whole convention, which included a conference held at the Alice Springs Convention Centre, numerous key-note speaker sessions, master classes and workshops that ran simultaneously, plus a number of social events throughout the region.

At the first outdoor dinner, at Telegraph Station, Encore constructed a giant custom-made projection screen, allowing award winner images and videos to be projected from 30m away while maintaining perfect visual quality. This delivered an engaging experience and created an emotive sense of pride for the winners. This gave the client’s content of award winner video stings and slides an impressively large canvas.

The final evening of the conference ended in style with an event at the Old Quarry. Surrounded by walls of red rock, guests were treated to a performance by Tommy Crowe, who played his didgeridoo on a ledge overlooking the crowd before the live band got delegates dancing under the stars. Encore created an immersive atmosphere for Tommy’s performance by dramatically lighting the rock behind him creating a glowing silhouette on the quarry.

The spectacular experience concluded after Tommy’s performance with him painting contemporary aboriginal art in his unique style on a large canvas. Encore filmed Tommy painting and projected his work onto the rock wall in real time, which gave the illusion of the painting being created directly onto the cliff.

“I don’t even know where to start when talking about this event, it was sheer perfection, from start to finish. “There were so many moving parts to this event, and I am in awe of the enormous amounts of work that went into making this all look effortless!” said Ms. Ricato. 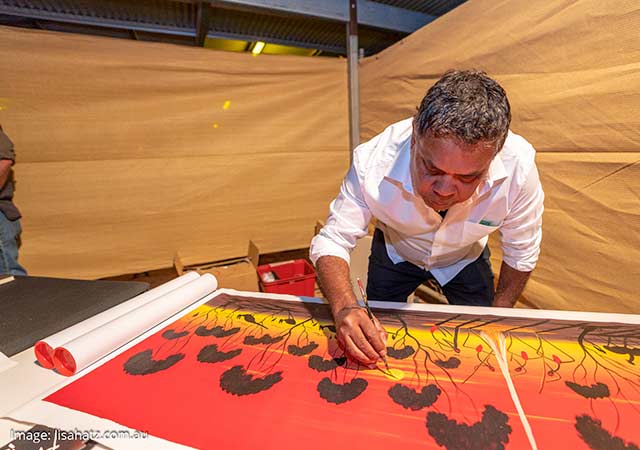 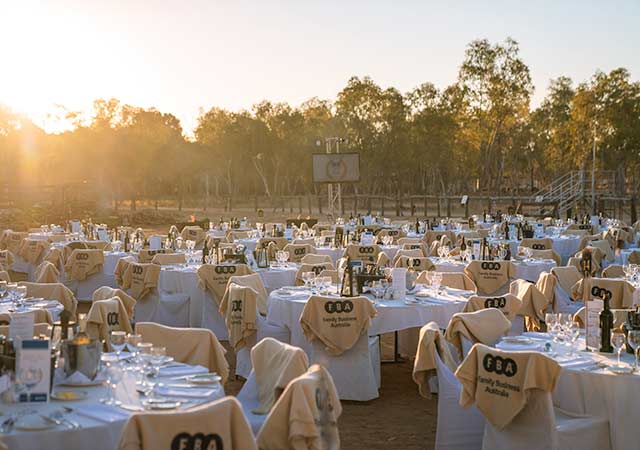 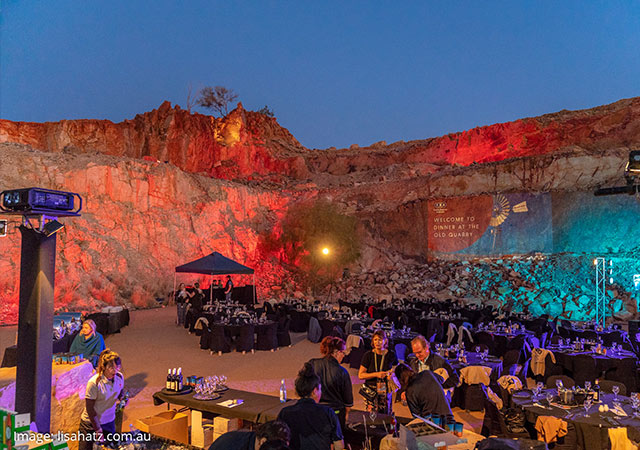 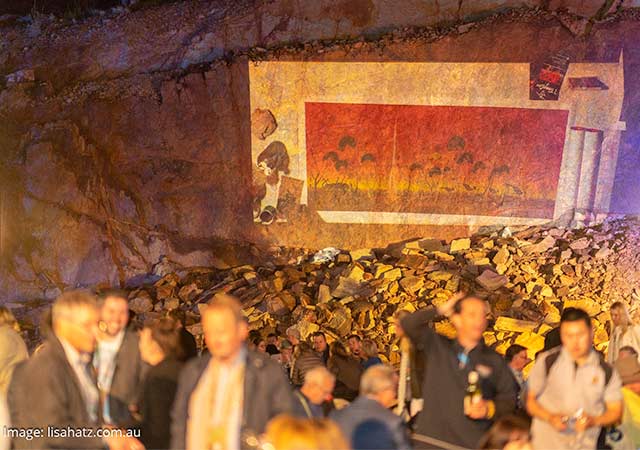