Encore developed an AV and lighting package specifically for the Palladium, which could be customised for each client booking during the week whether it was a charity luncheon, club breakfast, or gala dinner.

A number of the events held throughout the week are for charity, so value was important, as was a strong focus on the main stage with a large visual element crucial to the AV solution provided. The centrepiece was the 15m x 4m LED wall at the back of the stage, with a 16:9 projector screen on either side, creating a visually immersive experience for every guest around the room to enjoy. The industry-leading technology could be tailored to display logos and branding or to engage the audience with dynamic, blank canvas, enabling each client to add their own personal styling and multimedia touches with brand colours and décor.

Celebrations continued long after the siren sounded at the AFL Grand Final, with the annual Best & Fairest Week – where AFL clubs gathered alongside sponsors, associates and fans to recognise their stars of the season. Crown Melbourne required a flexible lighting and AV package that could be easily customised to suit each of the different client’s requirements throughout the eight days of celebrations. Taking pride of place in the centre of the ballroom this year, the Encore team featured an impressive new element – a 7m diameter curved LED screen suspended from the ceiling. A large LED wall set the backdrop for the main stage, in front of which the team set two wide screens with additional display screens relayed around the room. The dazzling effect allowed each client to showcase multimedia, video, presentations and corporate branding from every angle in the room. Adding depth and texture to the visual landscape, Encore featured Harlequin 3D Scenic Panels frame the stage and added 2D Ribbon Scenic Panels to create small ‘wings’ on stage. 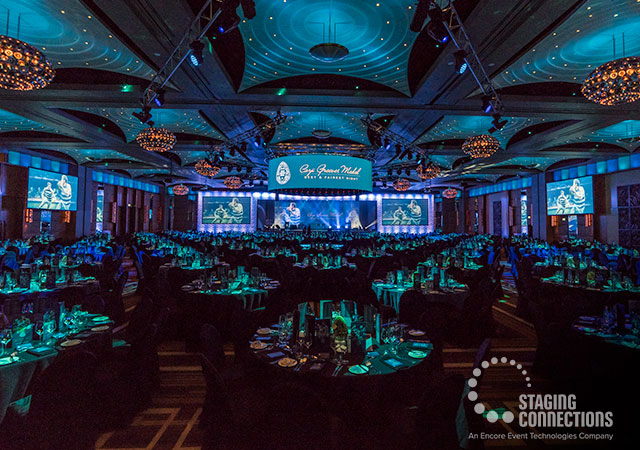 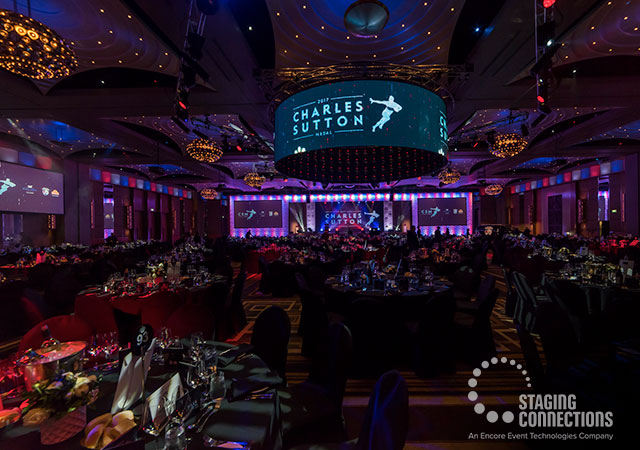 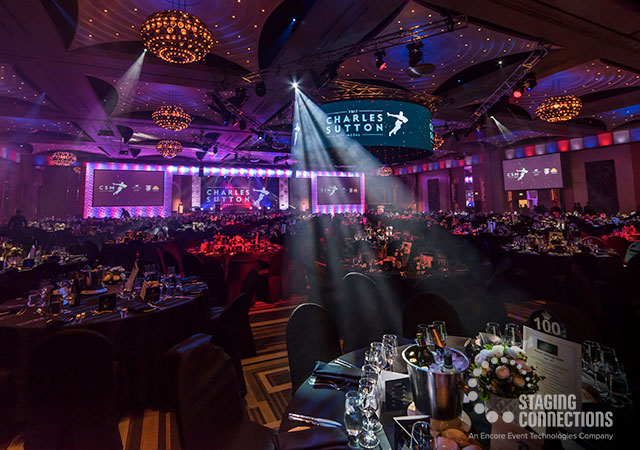 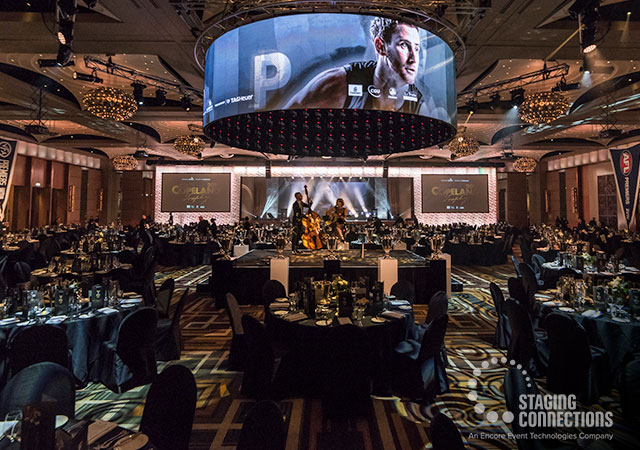 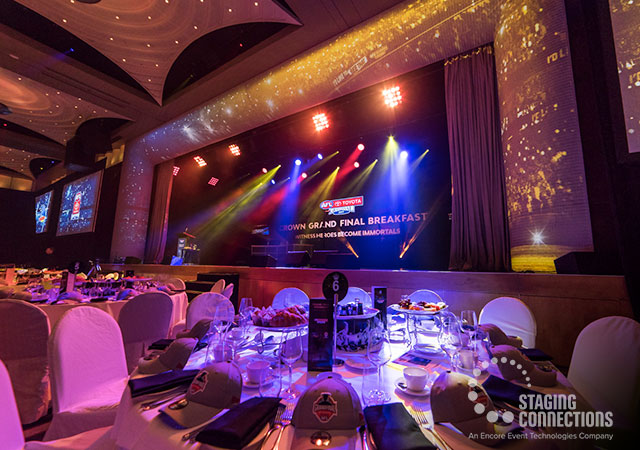 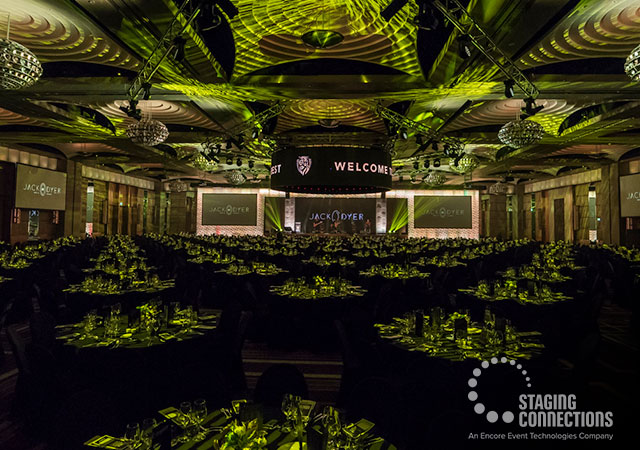 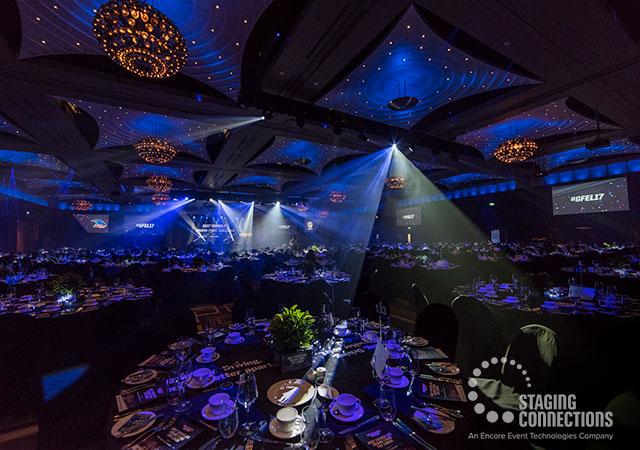